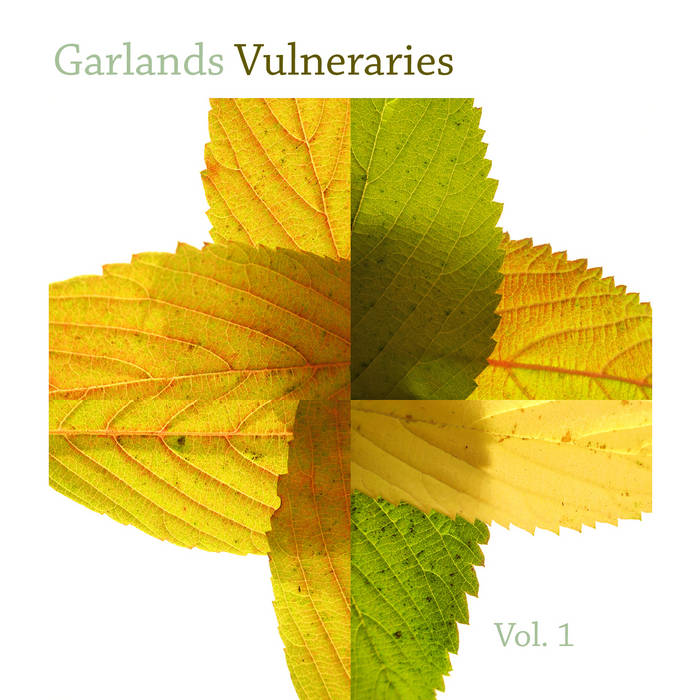 bernard odot Hello David, thank you for these good vibrations ; I like it very much.
Thoughts for Anne.
Friendship, Bernard

Vulnerary is an archaic term for a medication — herb, balm or, in this case, music — used to promote the healing of wounds.

In October, 2018, my wife Anne Garland was diagnosed with stage-four lung cancer. Instances of this adenocarcinoma in female “never smokers” like Anne is apparently increasing world-wide. She is being treated with radiation and chemotherapy, with the hope that this aggressive disease can be reduced and held at bay for a while. Our son Kenji has been able to visit for extended periods in our Hudson Valley home to care for Anne with me. Anne has been exhausted by the illness, treatments, and medications. Often while she has been resting or sleeping, Kenji and I have set up our instruments downstairs below the bedroom to play music, providing sonic solace for Anne and ourselves.

At Anne’s request, all income from “Vulneraries” will be donated to National Nurses United, the largest labor union and progressive professional association of registered nurses in the United States. Among other campaigns, NNU is helping lead the movement for Medicare for All: “healthcare justice, accessible, quality healthcare for all, as a human right.” (nationalnursesunited.org, medicare4all.org)

A couple years ago Kenji fitted my acoustic 12-string guitar with electronics that provoke its strings to vibrate and sustain. Playing that guitar is like interacting with a living thing, its timbral colors sometimes behaving unexpectedly, responding sensitively to my touch not only on the strings but also on the body of the guitar. I used it extensively on my four-hour album “Verdancy” (Tall Owl Audio, 2018). Recently Kenji suggested that we connect the guitar to his modular synthesizer so that the two instruments become, in effect, one instrument played by two people. All sounds in these recordings emanate from the body and strings of the guitar, activated and shaped by Kenji’s synthesizer and my hands. It’s an exciting and meditative process for us, and it’s a way to send Anne support and love. It feels right to share it with others, too.

I’ve never doubted the power of music to convey the ineffable, ignite the senses, provoke and provide catharsis, to soothe and console, and in those ways and others, to heal. We hope this music lives up to that potential. Our conception of healing music encompasses anger and grief along with kindness, love, and compassion; and our conception of beauty includes dissonance and noise. Tonality in these unhurried pieces is kept quite simple, allowing the guitar’s resonances to blossom.

The sculpting of sound, by Kenji’s filters and treatments, and my fingers and hands, all happens live. You can view a video of our “Fortifications for Anne” performance at davidgarland.com. The guitar-synth combination is the source for all sounds—plus I added clarinets to “Blankets of Snow.”