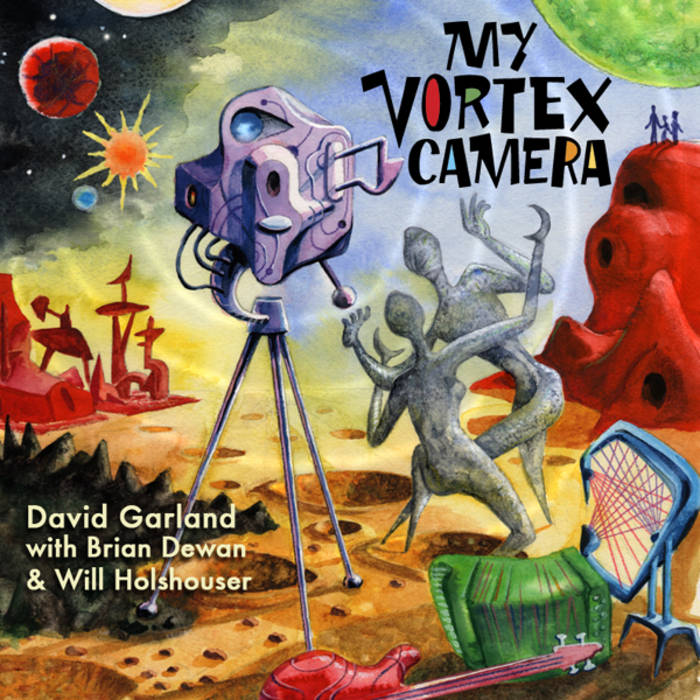 In New York City, where I live, musicians from very different backgrounds and from all over the world can encounter one another in their search for kin from their muse’s home town. It might be that their only point of connection, and only common language, is music.

Several years ago I was listening to maverick radio station WFMU when a song about a “wastepaper basket fire” came on. I hear a lot of songs I can enjoy, but not so many that make me feel that the songwriter is grappling with words and music the way I like to myself. I called the dj, Irwin Chusid, and learned that I was hearing Brian Dewan perform one of his songs. Irwin gave me Brian’s phone number, and I called him up to invite him to be a guest on my WNYC radio show, Spinning On Air. A song heard by chance on the radio and a sense of aesthetic camaraderie were the only things I expected to have in common with Brian.

During our first conversation we learned that we’re literally from the same home town—Lexington, Massachusetts—attended the same grade school, junior high and high school, and the house Brian grew up in is diagonally across the street from the house I first lived in. Brian is nine years younger than I am, so we hadn’t met up in Lexington. There are two wonderful CDs of Brian’s songs: Brian Dewan Tells the Story (Bar None), and The Operating Theater (Instinct Records), plus a couple EP CDs were released by the Hello Recording Club. Brian’s electric zither is one he designed and built, and he plays it through a Leslie cabinet.

Will Holshouser is also from the same area, though less precisely. He’s from Cambridge, Mass., but it’s only as New Yorkers that we met. Will is the only accordionist I know of who studied with jazz eccentric Anthony Braxton. He’s an imaginative composer and arranger, as well as being one of the new generation of accordionists for whom the accordion is not just a genre instrument.

The Dutch multi-instrumentalist, singer, and songwriter Fay Lovsky happened to be in New York at just the right time to add her theremin to “ESP.” Her CDs are available from www.bastamusic.com. It really is a thrill to play with imaginative musicians like Brian, Will, and Fay. And there’s another voice on this CD as well: my 11 year-old son, Kenji Garland.

Most of the music on this CD was performed for broadcast on Live at the Stork Club, a weekly program on WFMU. I want to thank the show’s host, Stork, for inviting us to play. On my other recordings I’ve allowed myself to reimagine the performing ensemble for each song, but this CD is different. Instead of indulging in the infinite options of multi-tracking, I’ve limited the arrangements to what we can play live. Three of these songs have been released in different versions: “Under the Blanket” and “Happy Ending” on Togetherness, and “Forest Fractures” on Control Songs.

“Control Songs” is the category I’ve created to describe my songs. Just as “love songs” can address the fundamental motivating force of love from many perspectives—happy, sad, ernest, ironic—so my Control Songs address another fundamental force in our lives: our need—sometimes ambivalent and illusory—to believe that we have control over our lives.

(This CD includes new performances of a few songs that were released previously on Control Songs and Togetherness.)

Produced by David Garland, who wrote the music and lyrics, except lyrics for “Once Upon a Time,” by Anne Garland